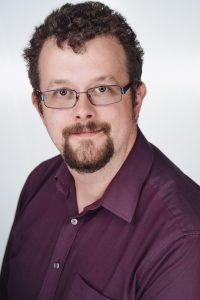 Dr Thomas Woolley studied mathematics at University of Oxford between 2004-2017 and is now a Lecturer in Applied Mathematics in Cardiff. Through his education he ended up specialising in mathematical biology, where his doctorate focused on understanding the pattern formation behind fish spots and zebra stripes. Alongside this research he now investigates mathematical models of stem cell movement. The hope is that by understanding how stem cells move we can influence them and, thus, speed up the healing process.

When not doing mathematics, he is a keen participant in mathematical outreach workshops and has given a variety of popular maths lectures nationally and internationally. He has previously worked for the BBC, illustrated Marcus du Sautoy’s book and worked on the popular maths show “Dara O’Briains school of hard sums”. Most recently he was the Fellow of Modern Mathematics at the London Science Museum and helped redesign their mathematics gallery.