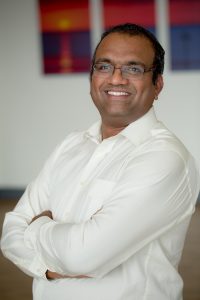 John obtained his Ph. D at Nehru Centre in Bangalore, India and was a RCUK Research Fellow at The University of Manchester, before taking up his current role as Lecturer of Physical Chemistry at Bangor. His research is aimed at smarter ways to synthesize inorganic nanoscopic particulates and films. He studies the flow of electrons and other charge carriers in materials and the implications for use in applications such as catalysis and design of opto-electronic devices such as solar cells. An overarching theme is to reduce the environmental impact of material processing. John is keen to communicate the excitement of science and to understand public perceptions of cutting edge science.