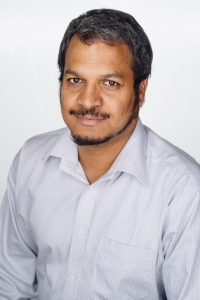 Mokarram obtained his BSc (Hons) degree in Civil Engineering from Bangladesh University of Engineering & Technology (2000) and Masters in Computational Sciences in Engineering (CSE) from Technical University of Braunschweig (2005), Germany. Afterwards, he completed his PhD from the University of Erlangen-Nuremberg (2010) where he continued as a post-doctoral researcher in the area of electro-and magneto-active materials.

Mokarram started his first faculty career in Northumbria University, Newcastle as a Lecturer (September 2015) before he moved to Swansea University as a Senior Lecturer in March 2017.

His research interests lie in the wide and interdisciplinary areas of polymeric and active functional materials from experiments to computational modelling. He is active in the area of biological tissue modelling and polymeric material characterization. Recently he is interested in energy harvesting using electro-active polymers from Ocean Waves in Wales Coast.