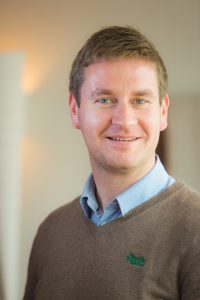 Martin obtained his PhD in nanoparticle toxicology at Edinburgh Napier University, after which he spent seven years in Switzerland where he undertook his post-doctoral research career, becoming a Scientific Group Leader in 2012. Since December 2015, Martin has been a Lecturer in nanotoxicology at Swansea University Medical School. Martin’s research focus is upon the nanoparticle-(mammalian)cell interaction, with a view to determining the mechanistic toxicological, immunological and genotoxic effects that nanoparticles, with varying physico-chemcial characteristics, may cause at the cellular level using advanced, next-level in vitro systems combined with state-of-the-art microscopy approaches. Martin anticipates that his research will directly contribute towards creating legislation and regulation regarding human exposure to nanoparticles. Martin has authored over 80 peer-review publications, as well as being an editorial board member of the highest ranking journal in his field (Particle and Fibre Toxicology (IF 7.113)). Martin is a board member of the UK In Vitro Toxicology Society, the NC3Rs expert panel for nanotoxicology, the EU COST Action on Modelling Nanoparticle Toxicology, as well as a member of the Royal Society of Biology and a fellow of the European Respiratory Society.

Martin has been promoted to Associate Professor in Biomedical Sciences in the Medical School at Swansea University.