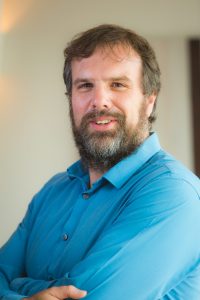 Huw Morgan is a Reader within the Solar System Physics group at Aberystwyth University. Currently a Leverhulme Research Fellow, he is a leading figure in the field of image processing and data analysis method development for solar coronal observations. He received his PhD in Solar Physics from the University of Wales, Aberystwyth in 2005. From 2005 to 2011 he was a PDRA at the Institute for Astronomy, University of Hawaii. He has lectured at Aberystwyth from 2011-2015, in a position funded by the Coleg Cymraeg Cenedlaethol to grow the provision of Welsh-medium Physics modules. He is PI on an STFC grant to develop an advanced coronal spectrometer,  a member of the UK DKIST SolarTelescope consortium, and a key member of the world-leading scientific eclipse observing group.