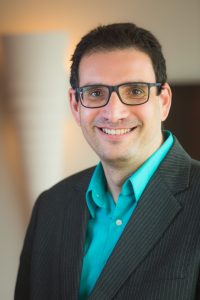 Gil is originally from Israel, where he obtained his undergraduate degree in psychology, anthropology and sociology. He earned his Master’s degree in statistics and a PhD in evolutionary anthropology from the University of New Mexico. Gil recently moved to Aberystwyth from Canada where he completed a postdoctoral fellowship in consumer behaviour. Gil is an evolutionary psychologist, studying the evolutionary roots of everyday behaviours and emotions. His main area of research focuses on the evolution of humour and laughter, what makes people laugh, and how humour is used in mating and mate choice. His work is largely interdisciplinary and is drawn from psychology, anthropology, biology and consumer behaviour. Gil has a strong interest in studying creative people such as stand-up comedians, improvisational artists and more. Gil authors two science blogs where he reviews scientific studies in the social sciences and humour from a variety of academic fields.