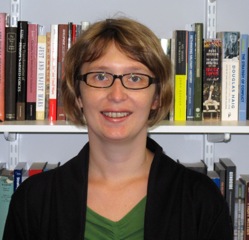 Claudia Hillebrand is a Lecturer in Intelligence and Counter-Terrorism in the Department of International Politics, Aberystwyth University. Her research focuses on intelligence and police co-operation across borders.

At the end of August, the British government raised the terrorist threat level to ‘severe’ – the second highest category. Terrorists and other criminals increasingly operate across national borders. Examples include the notorious al Qaeda network; jihadist fighters travelling from Europe to countries such as Syria and Iraq, bringing home with them newly gained ‘skills’ and global contacts; and drug-smuggling rings which identify new markets and routes for delivering their products.

My research is concerned with the question of how states work together to tackle these transnational criminal enterprises. Information-sharing between police and intelligence services in different countries has become daily business; and operational collaboration on the ground is also increasingly common. Formal institutions, such as the European Police Office (Europol) foster such cooperation, but most joint efforts happen on a more informal basis between individual officers or units, as I have shown in my book Counter-Terrorism Networks in the European Union (Oxford University Press). Crucially, these efforts often lack a clear overarching strategy. To explore this problem further, I was recently awarded a research grant, together with my colleague Dr Alistair Shepherd, to explore European strategies to tackle transnational organised crime. With an estimated 3,600 international organised crime groups active in the EU, it is vital for states to use tax-payers’ money on security and crime-fighting effectively.

But who is overseeing those collaborative efforts in the clandestine world of cops and spooks? This is a major concern of my research agenda, and is important for a number of reasons. Police and intelligence authorities have extraordinary powers. In democratic state systems, the underpinning agreement between the government and those who are governed – the citizens – is that those powers are granted to protect the state and its citizens from threats – such as terrorism, but they must not be misused and interfere excessively with the freedom of individuals.

Recent revelations, such as those by whistleblower Edward Snowden about the American National Security Agency (NSA) and those concerning undercover policing in Britain, strongly suggest that governments have used the threats of terrorism or crime as an excuse to use excessive power. And a high level of secrecy makes it very difficult for parliaments, courts or the media to scrutinise the work of security authorities and uncover potential wrongdoings. A major scandal in Germany has recently shown that this is far from being a challenge only for Britain or the US. As my research shows, German parliamentarians and the media struggled to investigate alleged misconduct by police and intelligence which contributed to the death of ten individuals by a neo-nazi group.

The difficulties facing parliamentarians, journalists and judges when scrutinising security agencies are heightened in the context of cross-border cooperation. Expanding our understanding of accountability and oversight, I am now part of a nation-wide group of researchers from different subject areas to be awarded a grant by the Economic and Social Research Council, to explore how different transparency arrangements affect issues of privacy, security, surveillance and trust (you can follow the project on Twitter via #DATAPSST).

Claudia may be contacted at ckh1@aber.ac.uk

This article first  appeared in the Western Mail on 6th October 2014, as part of the Welsh Crucible series of research profiles.