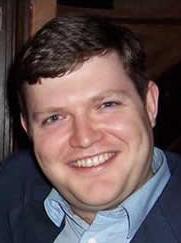 ‘Why plastics is not something we should take for granted’

Chris Finlayson is a Lecturer in Physics at Aberystwyth University and has research interests including organic electronics (e.g. solar cells) and soft matter.

Plastics are something which we tend to take completely for granted in our everyday lives, with a vast and varied range of familiar uses and applications. However, one might also consider that these are completely artificial materials, not occurring naturally, which were first synthesized as recently as the first half of the 20th century. In this context, I would contend that the creation and development of plastics is, actually, one of the greatest engineering achievements in human history. The remarkable diversity and functionality of modern plastics (or polymers) is epitomised by two of my main areas of research.

Organic semiconductors (or plastic electronics) is a research field that has been rapidly developing over the past two decades. The bonding structure in such polymers enables them to absorb light and to generate free electronic charges, as is seen to occur in solar cells and in natural processes such as photosynthesis. The use of organic semiconductors in opto-electronics (e.g. thin-screen displays and LEDs) and in photovoltaic/solar cells is currently an area of intense scientific research.

The low-cost, ease of bulk manufacturing, and the desirable mechanical properties (e.g. flexibility), make plastics a particularly attractive option as an alternative to silicon based materials, which have been relied upon for decades now. With ever growing socio-economic and environmental demands for renewable energy and for electronic devices with greater efficiency, organic semiconductors thus represent a technologically exciting class of materials.

Other sides to my research have had distinct elements of curiosity and yes, even fun, to them! Ever wondered how creatures such as butterflies and birds, or opalescent rocks, exhibit such wondrous iridescence and colour? It turns out that evolutionary designs have produced microscopic patterns on these creatures, known as photonic crystals, which are of the same order of size as the wavelength of light (rather less than the width of a human hair). We can now mimic these beautiful effects with films made from many millions of tiny plastic spheres packed together; these have become known as “Polymer Opals”. Polymer opals hence enable us to recreate and study the iridescent colours from nature, whilst retaining the processability and manufacturability we expect from everyday plastics.

As well as this scientific value, there has also been much attention from commercial interests, as diverse as clothing/fabrics, security/anti-forgery for banknotes and merchandise, and food storage and packaging.

As a final personal note, one thing that has driven and inspired my work in this area is the highly interdisciplinary nature of the research and the scientifically stimulating environment this generates. I have enjoyed working closely with chemists, physicists, materials scientists, engineers, environmental scientists, to name but the most obvious. In today’s consumer-driven society, there are those who blithely expect tangible applications to scientific research within very short timescales.

Whilst the areas of science which I have described have certainly delivered much in that regard already, I will always wish to retain a “blue-skies” outlook to my research. It is in these kinds of environments where our understanding and knowledge can be truly enhanced and new scientific discoveries with long-term benefits made.

Chris may be contacted at: cef2@aber.ac.uk

This article first appeared in the Western Mail on 6th January 2014, as part of the Welsh Crucible series of research profiles.