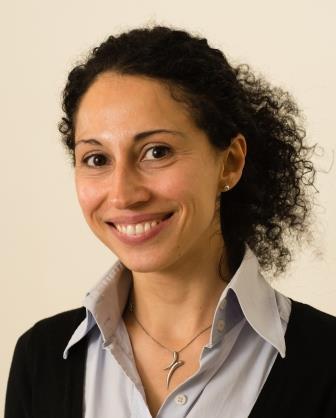 ‘How environmental science helps to keep us healthy’

Anna Santoro is a researcher at Bangor University, School of Chemistry, where she works within the Plant Chemistry research group on discerning the delicate equilibrium of elements between the different environmental compartments.

“I’ve found it! I’ve found it,” he shouted to my companion, running towards us with a test-tube in his hand.
“Dr. Watson, Mr. Sherlock Holmes,” said Stamford, introducing us.
“It is interesting, chemically, no doubt,” I answered, “but practically…”

That’s probably the most common reaction scientists get from people outside their field.
Wow! That sounds interesting, they often say, but why do you do it? I suppose I do it because I enjoy it and above all I like the planet I’m living on! That’s why I became an environmental chemist.

Like Sherlock Holmes and Dr Watson, heading out armed with their magnifying glasses to gather clues in order to solve the most mysterious of cases, we, as environmental scientists go out armed with scissors, shovels, sterilised tubes and bags to collect soil, plants and all sorts of living organisms. And once we are in the lab, the process starts: cut them, sieve them, burn them, dissolve them… Instead of using a magnifying glass, however, we tend to use more sophisticated instruments with more power and precision. For example, where a normal magnifying glass will help you see things twice as big, a scanning electron microscope will allow you to see things more than 500,000 times bigger than the naked eye. By doing so, we can go deeper and deeper into their structures, until we reach the elements which they are made of.

It’s how the elements are related to each other that we are interested in, because it changes their behaviour in the environment and influences their movement through the soil-water-air system and potentially their properties and effect they may have on living organisms and human beings.

Just to give you an example, mercury, element 80 in the periodic table, can be quite dangerous for humans, even in very tiny amounts; or element 24, chromium can appear in the environment as trivalent chromium, an essential element for humans, but also as hexavalent chromium, which (as anyone who has seen the film Erin Brockovich will know) is rather harmful if inhaled. By investigating their behaviour, we can prevent such elements finding their way through the food chain and eventually into us, ensuring that our environment and ourselves stay healthy!

But more often the story is not that simple, I would say ‘It’s not as elementary as it may look, my dear Watson’!

Elements are strange creatures that mix together and move around, sometimes quickly, sometimes very slowly, bringing with them a wide range of fascinating properties, at times beneficial at others hazardous, so its better to keep an eye on them and keep track of what they’re up to.

Anna may be contacted at a.santoro@bangor.ac.uk

This article first  appeared in the Western Mail on 21st October 2013, as part of the Welsh Crucible series of research profiles.